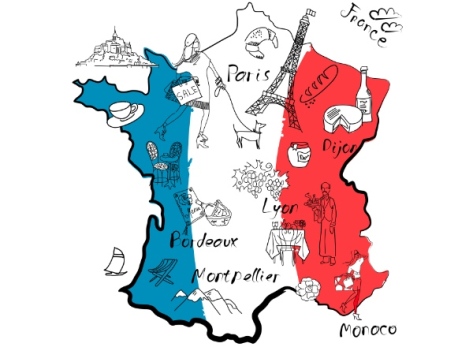 Mom and one of her cousins were writing on Facebook today. The cousin was eating something French.

My mother added a bit about the family history, ending her comment with a smile emoticon. She probably knows more about emoticons than I do.

“You are so right! 1/8th French from great grandma Poteet!”

Their conversation prompted me to lookup the name on the Google, leading me to two men: one named Francis Poteet and the other named Jerry.

Francis was from England and was recorded as living in Maryland in 1667.

Jerry Poteet is more recent. He was a master of an eclectic and hybrid form of martial art fighting called Jeet Kune Do who learned from Bruce Lee.

The name Poteet is thought to be of French origin. The named is associated with early 18th century Maryland and later with North Carolina and South Carolina.

“If it is French, it is probably a Huguenot name. It may be an altered form of French Petit, or possibly of French Pottet, which is from a diminutive of pot ‘pot’, in any of several senses: a metonymic occupational name for a potter, a nickname for a market trader, or a nickname for a rotund individual.”