WHEN CAN WE REOPEN?

That is what composer Andrew Lloyd Webber is asking politicians in Britain during testimony before Parliament.

“We simply have to get our arts sector back open and running.”

I wholeheartedly agree and hope that people are listening. The lockdowns cannot go on indefinitely. It is time to reopen.

“We are at the point of no return, really. There comes a point when we really can’t go on anymore.”

“Theatre is an incredibly labour-intensive business.”

Merry Christmas to one and all! 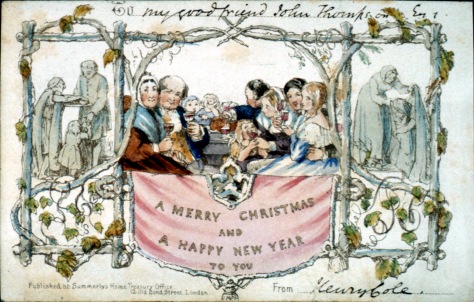 C.S. Lewis, noted author of many books including the Narnia series, was an avowed atheist for many years, until repeated discussions with his friends J.R.R. Tolkien and Hugo Dyson convinced him otherwise.

On September 19, 1931, Lewis wrote about his slow, steady progression in faith.

“I have passed from believing in God to believing in Christ. My long walk with Dyson & Tolkien had a great deal to do with it.”

I should add the word some. Some of what people should be reading.

The rule of law is critical to our little experiment known as America. Lawyers have increasingly had a profound influence on American life and culture. Hence the need to study and reflect on this.

A contributor to National Review Online has clued me in to some important recent scholarship on the subject.

I need to find the time to read these. Every citizen should.

Lawyers — “radical lawyers” — and judges have been undermining us — our culture, our values, our way of life — for decades.

On September 3rd in 1189, Richard, son of Henry the Second and Eleanor of Aquitaine, was crowned King of England at Westminster as Richard the First. He became known as Richard the Lionheart. It wasn’t all pomp and pageantry though. Some think he was brutal.

The Seaham lighthouse in County Durham, England during a storm with 100 foot waves, dwarfing the structure while crashing into protective barriers.

Fourteen eighty-five, MCDLXXXV, was a year of upheaval.

August 22, 1485 effectively marked the end of the War of the Roses. According to our modern Julian calendar, it was a Monday.

The war, or wars, was a series of dynastic battles fought between supporters of two rival branches of the royal family, the House of Plantagenet. The two competing houses? Lancaster and York. The ultimate prize was the throne of England.

Richard and his allies lost, ending Plantagenet rule over England. Richard died during the battle.

Richard’s remains were found last year and confirmed by DNA testing. Now a debate about where to re-bury him rages in Britain.

The reputation of Richard III was hardly helped by William Shakespeare – and Laurence Olivier’s portrayal of him on screen and stage – but the Royal family retains a tender concern for him, even today. Last week the Duke of Gloucester, as patron of The Richard III Society, held a meeting at Kensington Palace attended by the Rt Rev Timothy Stevens, the Bishop of Leicester, Jennifer, Lady Gretton, Leicestershire’s Lord Lieutenant, and Dr Philip Stone, the society’s chairman. “The Duke wants to ensure that the remains are treated with the utmost respect,” Stone tells me. “He wants to see them properly interred.”

I first learned about Richard III while watching Ian McKellen portray him in a film adaptation of Shakespeare’s play.

Later, the drama program chair at my college, Ted Desel, helped better acquaint me with Shakespeare. I chose to study the opening of Richard III in preparation for an audition.

Now is the winter of our discontent
Made glorious summer by this sun of York;
And all the clouds that lour’d upon our house
In the deep bosom of the ocean buried.
Now are our brows bound with victorious wreaths;
Our bruised arms hung up for monuments;
Our stern alarums changed to merry meetings,
Our dreadful marches to delightful measures.
Grim-visaged war hath smooth’d his wrinkled front . . .

A former Underground station in London, called Brompton Road, is up for sale. During World War II it served as HQ for an anti-aircraft division. Rudolf Hess may have been interrogated there after his crazy journey on an apparent self-directed peace mission.

Two weeks ago I sent a message to list of historians and hobbyists about American soldiers in England during the First World War.

As part of the 168th Iowa, assigned to the 42nd Rainbow Division, my great uncle ended up on quite an adventure.

The ship he was on had engine trouble, broke off with its convoy and returned to Hoboken. The men on board disembarked, returned to Camp Mills on Long Island, and waited for another vessel to be readied.

After crossing the Atlantic  the second ship was chased by a German sub near the coast of Ireland. To escape, the captain chose to sail up the west coast of Ireland, ending up in Belfast Harbor. After disembarking at Liverpool, England and then men boarded trains to Winchester, where they camped for about a week before going to Southampton and joining up with their comrades in France.

My great uncle was a soldier in the 168th. I’d love to find some accounts and photographs of their time in England, if possible.

Someone responded with details on a project about World War I.

I am afraid I cannot be of any help to you, but was wondering if you could help us.

We are setting up a website that will enable people to submit information about their relatives’ experiences during the First World War on Merseyside. Liverpool John Moores University will host the site, which will be a state of the art affair and will offer the people of Merseyside and beyond a means to learn about the region’s role in the conflict.

The project will not be limited to the lives of those who lived in Liverpool and the surrounding area between 1914-1918. We are also interested in British soldiers/sailors who left and the American soldiers who passed through the port.

Once the project gets underway, we will be happy to share information about American troops. We would be very grateful if you could pass on anything you discover about Americans in Liverpool, photographs, memories, or any other sources.

Even though many appear to have just passed through Liverpool, we are keen to chronicle the part played by the port in receiving the American forces and any information from the American perspective, from logistical matters to their impressions of the city.

It would also be most helpful if you could point us towards any other groups or individuals in the USA or Canada who you think could help our project.