Just got off the phone with Grandma who told me that her mother, Geneva, visited Aunt Blanche in California with her brother Walter in 1955 after their father, J. H. Darling, had died. Blanche is the sister of my great-great grandmother, Nettie Boal, that I’d never heard about before. Blanche died three years later, in 1958. 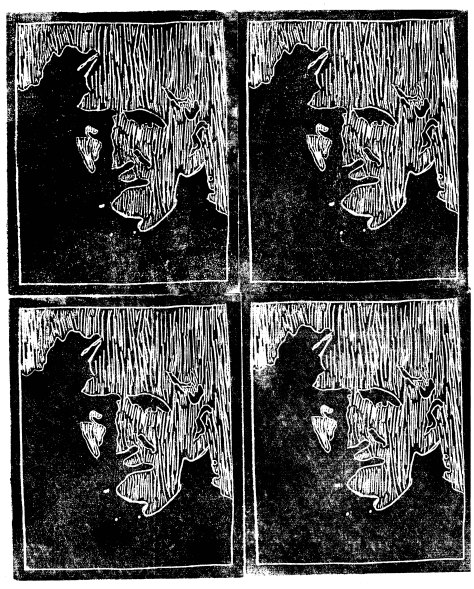 I’ve been going through some of my old artwork, mostly prints I made in a class last year and a few from before. I’ve been scanning some of them. I love this one of my great-great-great grandmother, Caroline Northrup Darling.

Recently, I learned of a bronze figure made by one of the Vanderbilts. It was in an art catalog I had picked up at Cornish College, which the librarians had purged from the collections.

The piece is personally significant because its design and inspiration was based on events on the Western Front during the First World War, during the fighting in July of 1918 when my great-great uncle was mortally wounded. Château-Thierry, a town in France, is near where he was cut down by German machine gun fire, and it is the name the sculptor adopted to name her piece.

It was for sale via auction and with a hefty price tag attached, I’m sure.

The artist, Gertrude Vanderbilt Whitney, was a remarkable woman. The First World War affected her greatly and influenced her work.

“All her works are simple, direct, and for the most part traditional in character. She also worked on a more modest scale, creating many sculptures in reaction to World War I, which deeply affected her.”

My great uncle recently celebrated his 100th birthday with many of the family on hand at his humble abode in Oregon. My grandmother, now 88, visits him every week. Their youngest sister and her husband were there, too, visiting from South Dakota, where their father and grandfather built a farm and homestead.

I plan on visiting him in a few weeks, once I get settled after moving. It’s been a crazy, hectic month.

Here’s a little history to supplement his remarkable life. It shows the family in 1930: their father, George B., and mother, Geneva, who lived into her 90s. Sadly, Lois and Azalea are gone, but Grace, Everett and Marilyn remain. 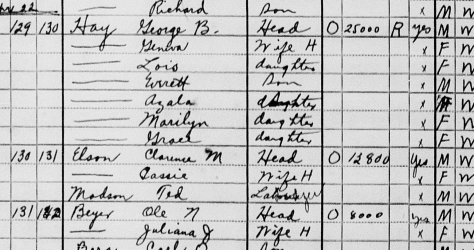 Ninety seven years ago yesterday, my great grandmother’s younger brother Leslie died from wounds in France while serving on the Western Front during the First World War. He had been cut down by German machine gun fire four days before and taken to a makeshift field hospital, what had been what’s called a sanitary train, a place where the wounded and sick were tended by medics and nurses. Maybe I’ll get a chance to visit his resting place and the area of operations in France on the 100th anniversary in 2018.

In 1920, my great-great grandfather, Jerome Darling, lived in Ogden, Iowa, surrounded by a lot of Swedes. He was a dentist, studying the trade as a young man in 1890s Chicago.

I was looking for where in Chicago the family lived and came upon the 1920 census.

All I know is what’s been passed down through oral tradition: that they lived in the “Italian” section, apparently a rough, seedy neighborhood. My grandmother recounted a story of a drunk and rowdy man trying to get into their apartment. Whether he was confused or had evil intentions isn’t known. Thankfully, he didn’t succeed, only putting a big scare into the kids.

After learning about Chicago during this time, it is understandable why Grandpa Darling wanted to return to Iowa, preferring rural life to that of the big, smelly, dangerous city. 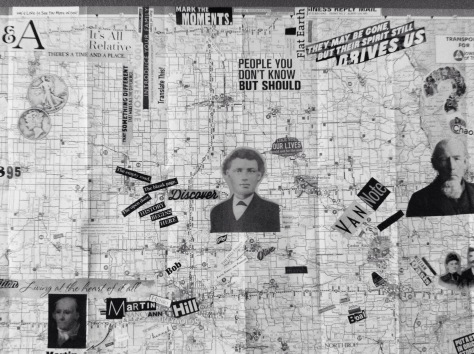 “THERE is
NO greater LOVE
than
to
LAY DOWN one’s life
for his FRIENDS.”

Tonight, while chatting with my uncle in New Hampshire, I learned that my great grandmother played center on her high school basketball team. Her school, Lake Preston, was state champs multiple years.

The game was different then. After every score, the teams returned to center court for another jump ball. Being about five foot eight, tall for the time, Grandma Hay and the Lake Preston team had the advantage more often than not.

The uniforms I don’t know about, but I can imagine some sort of bloomers or something similar, perhaps akin to full body swimsuits.

I’ll have to look it up. I hope there are some photos and news accounts out there.

My great uncle Everett, who just celebrated his 98th birthday, donated his grandfather’s dentistry cabinet to the museum being planned for his hometown. It was the first item donated, before the museum even opened its doors. I visited the museum this year with many relatives. It was nice to see a remarkable effort at preserving local history. 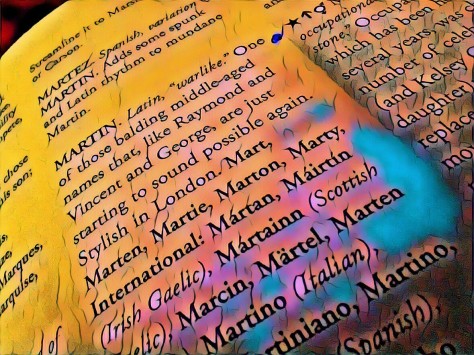 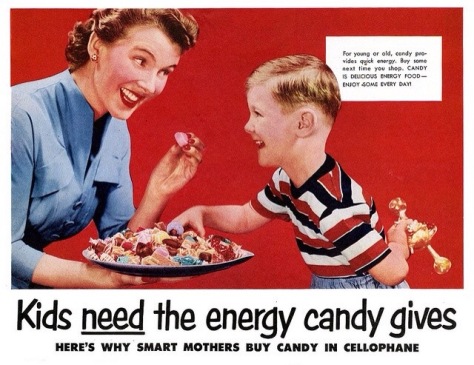