I may use this as the basis for an art project. 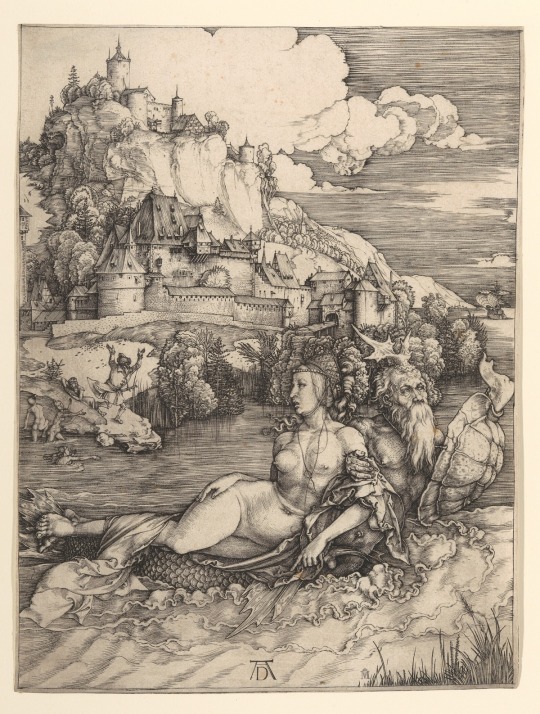 “In the late 15th and early 16th centuries — when travel was difficult, dangerous and often doomed to failure — the German Renaissance artist Albrecht Dürer took the common European practice of journeying as a way of experiencing the world and improving his craft.”

Murals at the University of Rhode Island depicting servicemen returning home from World War II are being removed because some complained about a lack of diversity in the art.

The anonymous whiners were offended. To be offended by such innocuous art is truly moronic. Busybody prudes with too much free time.

“It really depicts a snapshot in time of the university’s history, important history, showing a person returning back to campus from World War II and other historical moments.”

“Well, it depicted that era,” says the artist, Art Sherman, who is 95. His daughter says that the family does not agree with the decision.

I see it as a draconian from of censorship. It is disgusting. Universities should be places of freedom — freedom of artistic expression, freedom of speech, freedom of thought.

I have been looking through some imagery created by the talented artists of the AEF, the American Expeditionary Forces, during the nastiness that was the First World War, and I came across this one, a new favorite, of a soldier carrying his wounded buddy. A sketch by Harry Everett Townsend using charcoal on paper, it hangs in the Smithsonian’s Air & Space Museum.

AN artist operates a makeshift thrift shop and art gallery in Oakland, but does not charge, instead giving stuff away for free. I don’t have much faith in the utopian idealism, but the underlying goals of building relationships and community are terrific. We need more of it, here in America.

By Lucas Cranach
the Younger, 1541

I’m not sure what to think of this guy, Philip I, Duke of Pomerania. He appears resolute. He looks as if he’s someone not to trifle with. This portrait was painted by Lucas Cranach the Younger in 1541. I will have to read up on both of them.

I actually referenced this David Hockney quote during an interview with the Seattle Symphony today.

I talked about how I feel very much the same way. I am mostly introverted, with moments of extrovert activity for public performances, etc.

I am performing with a group at Benaroya Hall in Seattle on Wednesday, March 8, though I’d prefer to sit in the bank of the recital hall and watch it play out.

I love the composing part of music, where I am mostly in the background. I would like to do the same for public performance, sit in the very back or perhaps stand, but I will instead be on stage, in a mix with professional and amateur musicians.

It took awhile, quite a bit of tweaking and playing about using software such as GIMP and Inkscape, but I have finally got the photo of grandpa to a point where I can blow it up, easily copy it by hand. So now I have to determine how I am going to use it. I am thinking about an etching or engraving. We will see. I will start playing around. The lack of contrast in his face presented numerous problems.