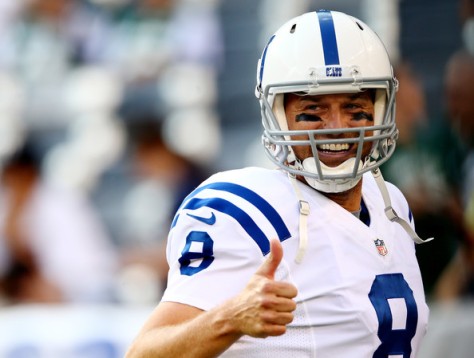 The NFL’s Elliot Harrison reminds us of a curious match up this weekend: Ben Roethlisberger, who I saw on Sunday and wrote about this week, will be playing against Matt Hasselbeck, backup to Andrew Luck at Indianapolis. Hasselbeck, then with the Seahawks, and Roethlisberger met in Super Bowl 40.

It was nice to see the Seahawks get some attention from CBS, who broadcast the game nationally. Most NFC games are broadcast on Fox. It is rare to have a Seahawks home game broadcast on the local Seattle CBS affiliate, KIRO-TV, channel 7. It was a nice change of pace to see Jim Nantz and Phil Simms come to town and provide the play-by-play and commentary. KIRO-TV is usually a bit neglected on game day despite being the home of the Seahawks radio play-by-play man Steve Raible, who does the news as well.

I am quickly reading through one reporter’s analysis of the Seattle Seahawks after a terrific game against the Steelers. Are we on the verge of another special year? I sure hope so. We will have to wait and see if that same mojo manifests in the coming game against the Vikings.

“The Seahawks look close to doing something special. It feels that way . . . ” 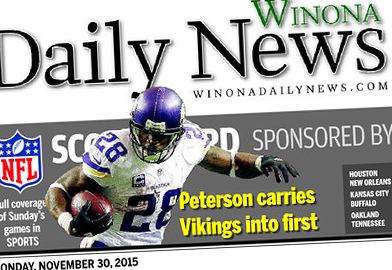 Next Sunday’s Vikings-Seahawks match-up is gonna be huge. Who knew when the NFL schedule went public that this game would be so significant. Did anyone predict the Vikings leading the NFC North and being a serious threat to the Packers? I certainly didn’t see it, but then I don’t follow the Vikings that closely.¹ It looks like I will have the day off, meaning I can actually watch a Seahawks game on the TV and devote my focus to it. I will have to read up on the venue. — ajh 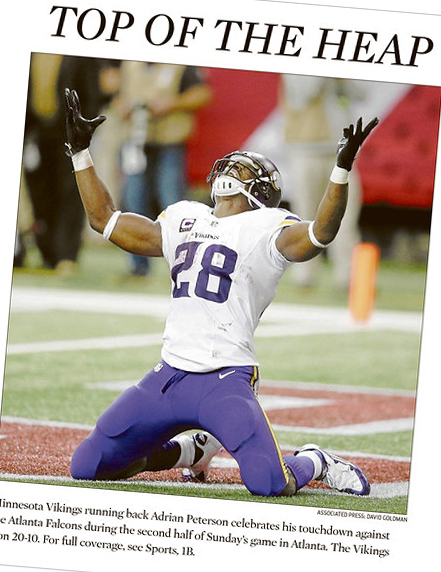 1. I added one missing key word, didn’t. “I certainly didn’t see it, but then I don’t follow the Vikings that closely.”

While on my to eat some lunch during my time working at CenturyLink Field today, I noticed two gentlemen tossing around a football after I exited one of the freight elevators. I gawked briefly, but kept kept walking as I did. Sure enough, it was Big Ben — Ben Roethlisberger.

I was surprised that there was no one between me and him. No security. No coach. No one. I like to think of him as a villain, with good reasons and bad.

Of course, what am I gonna do? I don’t want his autograph. I don’t like him, what I know of him from the media et al. But the sports star celebrity power is remarkably intoxicating. Of course, I don’t want to hurt him. I couldn’t even if I wanted. He’s a big fella, huge actually.

His size, his enormity, was quite a topic of conversation amongst some of the workers. How big Big Ben is. Television really doesn’t convey it. He is tall and thick, almost chunky. It’s hard to miss him, even in a crowd I’m sure.

It was odd to see so many Steelers fans in the house. They travel well. I glimpsed a few scenes. As players exited the visitor locker room, the Steeler faithful cheered loudly, some of whom had nabbed tickets near the entrance to the playing field. Again, I was surprised how close I was to the action. The players were mere feet away from me and the fans above. I felt like I was part of history, and to an extent I was.

Ever since Super Bowl 40, or XL, I’ve had a bad opinion of the Steelers, the refs and the NFL bigwigs. This time around, they lost, thankfully.

The Seahawks offense played a terrific game. It was a performance I’d been anxiously and impatiently awaiting since September. Just when would all of this on-field talent explode in a fury of yards and points? Well, it finally happened on Sunday afternoon.

Managing one of the concessions, it was difficult to watch much of the game, so I’ve been sitting in one of the employee locker rooms catching up on the Seahawks-Steelers matchup and Sunday Night Football, where the Broncos defeated the New England Patriots in overtime. Since I work most gamedays, I can’t watch many games on TV, so I mostly watch highlights via NFL.com.

It’s been a great day. Russell Wilson should play with a stomach bug every week. The Broncos, even without Peyton Manning, proved to be up to the challenge of Tom Brady and the Patriots. The 49ers kept pace with the Cardinals, but couldn’t pull off the win, unfortunately. That would have been a great help to the Seahawks. That would have been quite the trifecta. But two outta three ain’t bad.

“Thomas Rawls . . . ran around like a kid at a public swimming pool against the 49ers last week.”

Twas fun to see. Maybe there is some hope for this season after all.

I saw this in the supermarket the other day and made a mental note that I need to read it. I sure ain’t over it yet. A trip to Hawaii sure could help me, though. 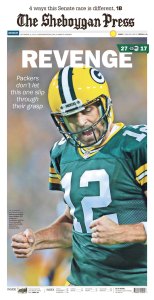 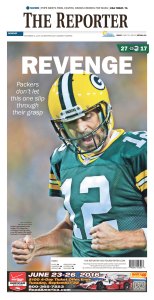 I’m beginning to see a recurring theme here, besides the lack of independently-owned newspapers in Wisconsin. I still don’t consider it equal payback for the NFC Championship, the strangest game I’ve ever witnessed.

One NFL fan has dubbed his alter-ego the Seahulk. He has donned the outfit since 2005.

I have seen him a few times on TV this year. I have been watching Seahawks games religiously.

I just love pro football, despite the league’s flaws.

His ‘bare’ chest is there for all to see, in its very green glory, often highlighted during the broadcasts of NBC, CBS and FOX. Some of the more ‘colorful’ Seattle fans remind me of some of the crazier Raider ones and their pit, known as The Black Hole.

And Seahulk’s real name is Froemke, no less. My mother is a Fromke. I am sure he must be related, a distant cousin.

Just remember the sound advice from the Bud Light marketing folks: “It’s only weird if it doesn’t work.”