“In the smoke and noise of battle surrounded by the screams of the wounded and dying, a leader will either contaminate with his cowardice or inspire by his example.” — General Hal Moore

“I absolutely love that man,” said Randall Wallace, writer of Braveheart and director of We Were Soldiers. “He taught me great things. He had so many ways of teaching in the concise things he’d say. One of the things I rely on every time I direct is something he said to me — ‘In the smoke and noise of battle surrounded by the screams of the wounded and dying, a leader will either contaminate with his cowardice or inspire by his example.’ Every man who followed Hal Moore was a hero. He was the kind of leader who showed men the heroism in their hearts.” 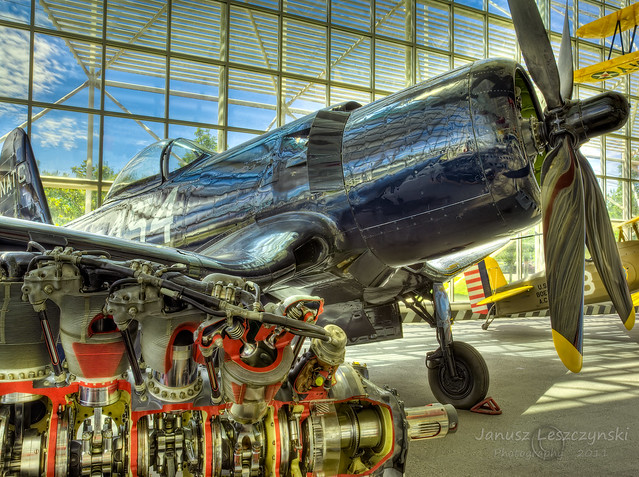 Yesterday, Memorial Day, I went with my nephews, niece and sister to visit The Museum of Flight.

We arrived just after Brigadier General Richard “Steve” Ritchie of the Air Force addressed the crowd. Ritchie shot down five MIG-21 fighters during the Vietnam War.

We did get the chance to hear Bill Wilson, an Air Force pilot who flew F-111s in Vietnam.

“He became a prisoner of war for a short time after being shot down over enemy territory. On December 22nd, 1972, while attacking a target in vicinity of Hanoi, Bill’s aircraft was shot down after an assumed lucky shot to an engine gearbox. After a valiant escape and evasion lasting a few days, including a near rescue by a HH-53C “Jolly Green Giant” while under heavy ground fire, Bill Wilson and his crewmate Bob Sponeybarger become POWs. They were repatriated on March 29th, 1973.”

Amazingly, there is an audio recording of radio communication between Bill and his rescuers, made during the operation.

We then went on to tour the place, which has numerous exhibits, first stopping at the cafe for a bite to eat. While they were eating, I toured through the main area, where there are many planes and helicopters on display.

Some hang from the ceiling, others are placed on the ground. There seem to be hundreds of them. The museum could easily take up an entire day. It closes early, at five, so we only had a few hours.

Thankfully, my nephews like playing the flight simulator in the World War I area, otherwise I might have missed it. Since my great-great uncle served in the AEF and is buried in France, I have a particular interest in the First World War.

Oddly, like my father, Uncle Herman had mismatching legs. One leg was three inches shorter than the other. I’ve never heard this about him before. I discovered this little factoid on his World War I draft registration paperwork.

My dad has the same problem. The condition is known as Limb Length Discrepancy or Short Leg Syndrome. Uncle Herman also had a dislocated hip. He was therefore rejected from military service.

My father, however, wasn’t as lucky. Despite the difference in his legs, he enlisted in the Army National Guard. He had intended to be drafted into the regular Army, but his parents, my grandparents, objected, afraid that he’d be killed in Vietnam. So my grandfather somehow arranged a spot for him in the Guard.

Among the places he was stationed were Louisiana and El Paso, both of which he considered god-forsaken. Overall my father’s National Guard experience was a negative one. He hated it.